Development of rhesus monkeys as a model of pre-diabetes
Dr. Sylvette Ayala, UPR-MSC

Like humans, rhesus monkeys develop spontaneous pre-diabetes followed by the overt condition during middle age. Rhesus monkeys comprise an accurate model for translational research to study the impact of pharmacological interventions on metabolic, molecular, and tissue pathological changes preceding IR/T2D. This project will take advantage of that to develop: 1) new models of pre-diabetes as powerful research tools available to the entire scientific community; and 2) new strategies for designing and testing novel interventions to prevent and treat metabolic diseases.

The present seeks to validate a molecule of parasitic origin termed Fh12 as a drug to prevent and treat septic shock. There are about 200,000 deaths caused by sepsis in the US each year. These deaths are primarily due to the persistence of a hyper activation of phagocytes that continuously secrete a storm of inflammatory cytokines, which result in hemorrhage, respiratory collapse and multi-organ failure. Although effective use of antibiotics has resulted in improved prognosis in many cases of sepsis, neutralization of inflammation is considered essential for preventing severe consequences of sepsis. A large number of bacterial products are responsible for the hyper activation of the phagocytes via TLRs-interaction. The development of antagonists that block either activation through TLRs or inhibit the storm of inflammatory molecules has become a priority in the search for novel anti-inflammatory drugs. We have strong preliminary data demonstrating that a single dose of 15μg of a 12kDa F. hepatica fatty acid binding protein (Fh12) is enough to prevent the inflammatory response induced by LPS-endotoxin in a mouse model of septic shock. The current project has two main focuses. First, to develop a non-human primate controlled septic shock model to study the change pattern of inflammatory cytokines during the early phase of septic shock, and second, to demonstrate that a single intravenous injection with Fh12 will prevent the inflammatory response induced by bacterial infection and will neutralize the inflammatory response after the onset of septic shock. 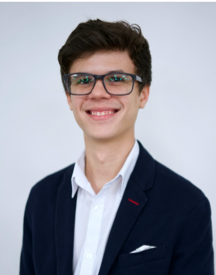 Mammals evolved by acquiring a maternal microbiome from the birth canal, by which the first microbiota prime the immune system and the whole system physiology. The past decade has been remarkable in revealing the fundamental role of the microbiome (microbial communities) in health and diseases. Our group has been studying anogenital microbiomes in the context of Human Papilloma Virus infectious and found specific biomarkers associated to the disease.

To explore the transmission of oral and anogenital microbiomes with hosts, it is necessary to have data describing host-microbe dynamics in non-human species with variations in disease prevalence and host sexual behavior. Rhesus macaques are useful models for studying human reproduction-related microbiomes, due to the similar physiology and anatomy, and their promiscuous sexual behavior. Being close phylogenetic relatives, the study of the transmission of microbiomes and PV infections in these animals provides an excellent comparative model for humans.

This pioneer work will offer a clear understanding of the host-microbiome dynamics of the oral, anogenital microbiome routes in these non-human primates, which will be pertinent to understand sexually-transmitted microbes and PV in humans.

CPRC is supported by The Office of Research Infrastructure Programs (ORIP) of the National Institute of Health (NIH) through Grant Number 2 P40 OD012217, and the UPR.