Lou Harris: A Celebration of Life 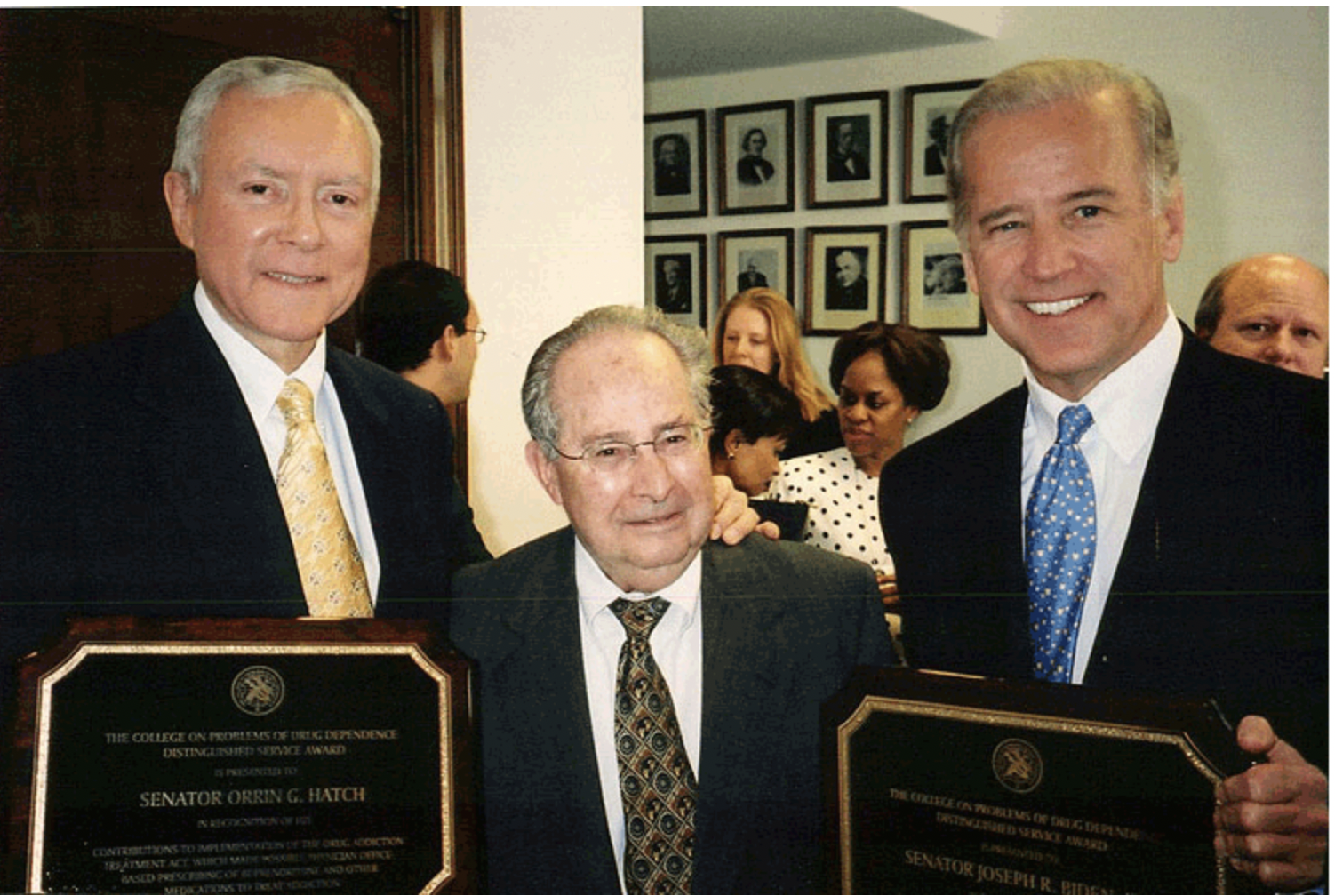 Dr. Harris was born March 27, 1927, in Boston, Mass. He graduated from the Boston Technical High School in 1944. He worked at Filene's Department Store and later at the Harvard Medical School as a Laboratory Technician. He was admitted to Harvard College in 1950 and received a Bachelor of Arts degree in Chemistry at Harvard University and a Ph.D. in Medical Sciences and Pharmacology, respectively.

He was married in 1952 to Ruth Harris and had one son, Charles Harris, born in 1955. Charles' development of dyslexia prompted Ruth to become trained in the diagnosis and treatment of the disease, and it was her skills that brought the Dyslexia Program to Riverside School. She died in 2014, but is still remembered at Riverside and Virginia Commonwealth University.

Dr. Harris began his professional career at the Sterling Winthrop Research Institute in 1958, where he remained until 1966, becoming Section Head in Pharmacology and Senior Research Biologist in 1962. He was also Lecturer in Pharmacology, Albany Medical College, 1959-66. In 1966, he accepted an Associate Professorship in Pharmacology at the University of North Carolina School of Medicine and rose to the rank of full Professor in 1970. In 1972, he accepted the Harvey Haag Professorship and Chairmanship of the Department of Pharmacology and Toxicology at the Medical College of Virginia, Virginia Commonwealth University. He remained in that position until he stepped down from the chair in 1992.

He then served for several years as the Associate Vice President for Health Sciences at that institution. From 1987-88, he was also Acting Associate Director, National Institute on Drug Abuse, and from 1975 to 2000 as Professor Ad-honorum of Pharmacology at the School of Medicine of the University of Puerto Rico. Dr. Harris' scientific achievements are legion, especially in the opioid and cannabinoid fields. One of the most notable was his fundamental research with the late Dr. Sydney Archer and colleagues at Sterling, which led to the development of pentazocine (Talwin). He carried out the fundamental pharmacological investigations into the mechanism of action of the cannabinoids and is the author or co-author of about 400 publications in the field of drug abuse.

Dr. Harris has served on the editorial board of many outstanding scientific journals, has had numerous committee memberships, including the World Health Organization Expert Committee on Drug Dependence (since 1977) and Chairman of the College on Problems of Drug Dependence. He has received several distinguished awards, among them the Nathan B. Eddy Memorial Award, Hartung Memorial Award, Sterling Drug Visiting Professorship established in his name, Virginia Commonwealth University Award of Excellence, American Pharmaceutical Association Award of Achievement, Distinguished Affiliate of the American Psychological Association, The Abraham Wikler Award from the National Institute on Drug Abuse and The Life Achievement in Science Award by the State of Virginia.

Dr. Harris was installed as Honorary Professor of Pharmacology, Beijing Medical University, Beijing, China, in recognition of his "outstanding contributions to drug abuse research, for his direct aide to Chinese research laboratories and for the opening his Department to a large number of Chinese students." At VCU, he had endowed a Chair in Pharmacology & Toxicology, three other Professorships and several scholarships. On a more local level, VCU has recognized Ruth and Louis Harris with the following awards: VCU Endowed Faculty Award (LSH), Founder's Society Award (LSH & RSH) and Edward A. Wayne Medals Distinguished Service Award (LSH & RSH). A reception to celebrate the life of Louis S. Harris will be held at Willow Oaks Country Club at 5 p.m. on Friday, June 21. In lieu of flowers, please consider a donation to Riverside School.

Hello. My name is Matt Kessler. I was a veterinarian at the University of Puerto Rico’s Caribbean Primate Research Center (CPRC) from 1977 – 2001. Lou and I first met in December 1979 at the primate center. He was visiting his Harvard classmate and good friend, Efrain Toro-Goyco, Chair of the Biochemistry Department at UPR's School of Medicine. We became friends and from 1980 until early 2014, Lou served on the Chancellor's External Advisory Council for the CPRC, so we got to see him and Ruth almost annually in Puerto Rico. During my tenure as CPRC Director from 1986-1999, Lou provided me with tremendous support. In 1998, on the occasion of the 60th anniversary of the CPRC’s Cayo Santiago rhesus monkey colony, he and Ruth endowed a scholarship in their name at UPR for students from Puerto Rico to obtain graduate degrees in primatology. At the time, it was the largest personal gift to UPR in its history. My wife, Ava, and I last visited Lou Thanksgiving week of 2017 and hoped to see him again this July. Lou will be remembered by everyone he touched in Puerto Rico and elsewhere as a brilliant, opinionated, kind and philanthropic man. His name will live on at the UPR and the primate center through his endowment and with those who benefited from it, four PhDs to date. Rest in peace dear Lou. We will miss you.